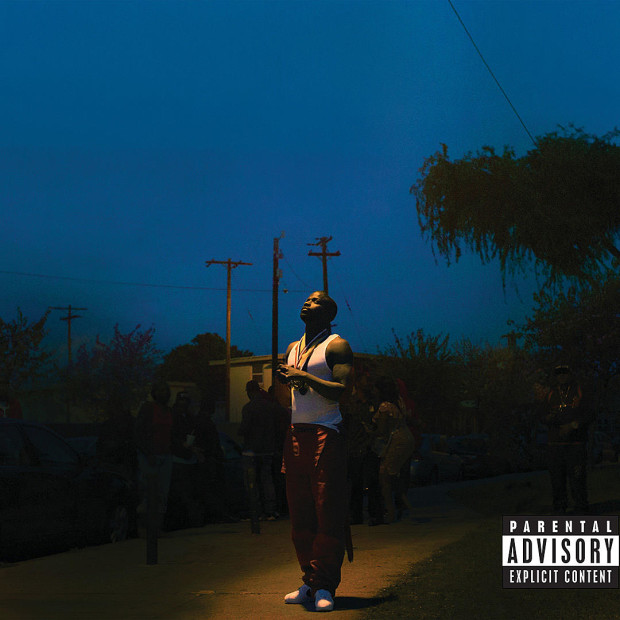 We have been bombarded with so much music to consume in June that it’s incredibly easy for some projects to slip through the cracks (accidentally and intentionally). I am still trying to get to Miss Jorja Smith. However it would be almost criminal to let Jay Rock’s project be one of those that I throw in the back burner.

Being on a label with Kendrick Lamar, Schoolboy Q, and SZA it can be hard to standout with so much talent Jay Rock has been labelled an underdog in comparison to his TDE (Top Dawg Entertainment) label mates.

Jay Rock has been identified as a goon rapper. As far as goon rappers go, Jay Rock is the brightest and damn sure the most intelligible. But things took a turn for the bloody when he almost lost his life in a gang-related feud. Hence the title of the project following his survival.

Redemption consists of 13 songs even as the street rapper employs some prominent features from J Cole, Kendrick, Future, SZA and Jeremih. Will Jeremih ever just give us a project by himself or is he relegated to forever produce hooks? Anyway I digress

The music in this album is what I would describe as ‘Gentleman Gangsta’. He maintains a calm aura while delivering quite the charismatic performance with some very hard hitting lyrics.

The Bloodiest serves as the catchy introduction to the album. He is locked and loaded. Jay Rock has clearly been through some stuff as he starts off; The devil thought he had me, I was on back burners. I had to keep on doubling back to catch some bars that hit home in more ways than one; So many niggas be wishin’ they was you bro/Same niggas that hit you with that, “I love you bro”/Tread softly, see the snakes comin’

For what its worth gives us an introspective and conscious Jay Rock. Sad and soulful, he muses over personal concerns such as identity, alcohol abuse, murder, money, incarceration and women of ill intent. He calls out the superficial materialistic ladies (fancy way of saying thots) running around; she think her nigga a lick and I got rapper money/And child support is the legal way she can ask for money

The energy keeps on with Knock It Off that starts off with a satirical prayer with Jay; Dear God I wanna thank you for this bad bitch I got on my side. Jay Rock has a thorough grasp on witty wordplay. The instrumentation used in the entire production is impeccable with some irate bass-busters such as in ES Tales and Rotation. There is a transition into some smoother textures like in Tap Out where Jeremih’s vocals ride through the hook (no surprise there).

It’s when he tags in J Cole for the grainy OSOM (out of sight out of mind) that reels me back in because honestly my attention was starting to slip. This is definitely biased because J Cole is my fave. Dreamville’s head honcho returns with another addiction-centered verse akin to his message on KOD, while Rock’s snarling verse wraps up the song on a high note.

The chemistry between Jay Rock and Kendrick is something to be admired ever since Kendrick tagged Jay Rock in Good Kid Maad City’s Money Trees. Now their collaboration on Wow Freestyle, the trap-sounding King’s Dead(which made the cut to Black Panther’s setlist) and Win serve to produce the peak moments in the album. Kendrick’s adlibs are so unexpected and yet commendable, undoubtedly better than the Migos’. He gases up Jay Rock who seemingly goes harder on his verses. Win is by far the record of the year.

All in all, Jay Rock delivers a solid project with Redemption.  There are plenty of songs worth spinning on repeat.  While this album isn’t necessarily one that just absolutely knocks your socks off per se, there’s plenty to like about it, period.

Notable favorites; The Bloodiest, For What Its Worth, Knock It Off, OSOM, King’s Dead, Win