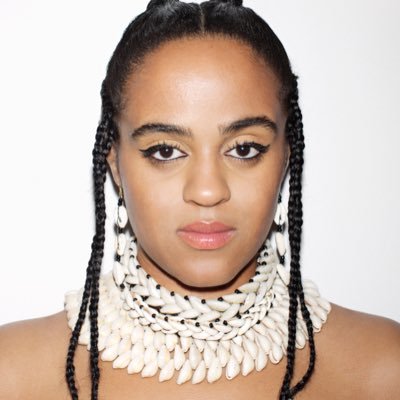 Seinabo Sey is an emerging Swedish singer of Gambian ancestry. Her influences vary from Jill Scott to Beyonce. Since her breakthrough around 2014, she has gone on to collect astounding accolades and her rising star has not dimmed since.

She debuted in 2015 with her critically acclaimed pop-soul album ‘Pretend’. The album produced a couple of bangers that enjoyed their fair share of the spotlight.  ‘Younger’ was the explosive lead single off the project that got tongues wagging about the new act around town. ‘Pistols at Dawn’ and ‘Pretend’ helped to showcase that alluring textured rasp of her voice that distinguishes her sound. So amazing was her artistry in this project that her tracks got sampled on a host of blockbuster movies and hit TV shows such as Sense8 and Being Mary Jane. The accompanying videos had hauntingly beautiful visuals. Her eerie and dark sounds are reminiscent of Rihanna’s Anti feel, but Seinabo clearly did it first.

2 years following her debut and she graces the airwaves with the bad-ass shoulder-shimmy single ‘I Owe You Nothing’ where she mixes retro soul and RnB. Her voice is maturing like fine whisky. There is still the dark and now almost spell-binding edgy aura around her. Her voice still commands all the attention with her magnificent treble and bass. The video pays homage to her Gambian roots while ensnaring with steely focus. There is no hullabaloo nor hocus-pocus.

She goes on to collaborate with Jacob Banks in ‘I Remember’ and her creamy smoothness paired with Jacob’s deep vocals intertwine so beautifully in perfect harmony.

Hot on the heels of ‘I Remember’, Seinabo treated music fans to another single called ‘Breathe’. Her vocal performance is unapologetic, loud and sensual. She definitely has huge plans for 2018 as far as music is concerned.

The new music sees Seinabo crafting songs revolving around the issues that she captures effortlessly during her enchanting live performances: womanhood and feminism, identity, body positivity and an adherence to loving yourself.